What did we make?

With all the talking and laughing we did yesterday, I totally forgot to take pictures. We both made the same bracelet with the Kumihimo disk so I took pictures of mine this morning to share.

Where did I hear about this? Well, I saw a braided bracelet a few months ago at Myra's bead shop and she showed me what it was made with, the Kumihimo disk. That evening, the more I thought about it, I decided to google it and purchase one...I didn't think about the possibility of Myra selling them,duh! Anyway, the day I received my disk, I wanted to start immediately but the directions were in Japanese,LOL! Now my son can read some Japanese, but not I!!!!!

I went to Myra's a few days later and after yelling at me for ordering one, she sat me down and showed me how to do it in five minutes. I made a bracelet sitting in her shop. It was quite relaxing. As a matter of fact, I made another bracelet and a necklace that evening at home.

I bought a few disks from Myra for friends who I knew would enjoy the process, Laney was one of them. I think we both had fun even though I had forgotten how to get started, (the hardest part but simple)so we spent a bit of time figuring it out, but we did figure it out. It looks so much nicer in person because the beautiful ribbon does not show in the photos and the beads aren't so dark and prominent. You'll just have to trust me :-)

This is the first bracelet (purple) that I made at Myra's, and the one we made yesterday. 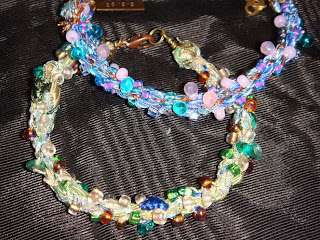 So...that was our project. I meant to post it last night but had a little family time instead.
Oh yes, the stew and bread did turn out just fine. Thank goodness for crock pots on play days!
Posted by Pat Winter Gatherings at 7:46 AM

Your comments make me smile, I love hearing from you and thank you so much for taking a moment to stop by. Enjoy your day! 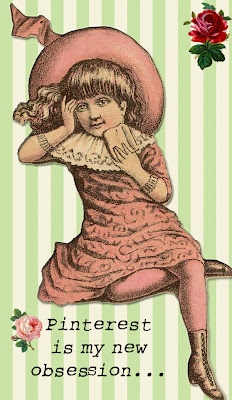 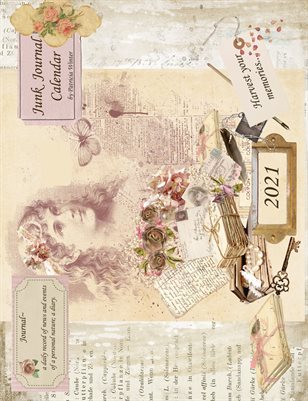 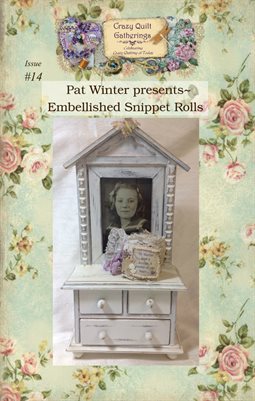